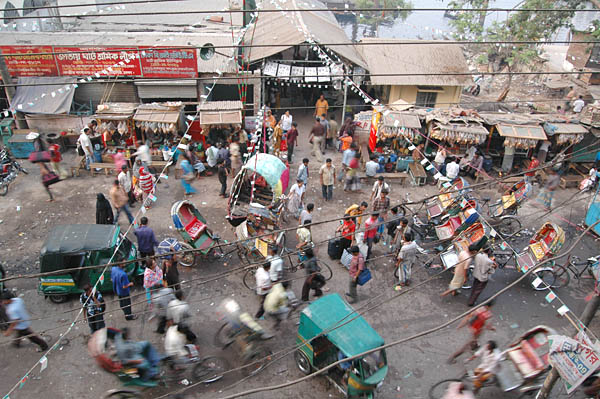 One of the places that I’m most drawn to is Sadarghat- the ferry terminal in old Dhaka. It’s one of the largest ports in the world. Over 30,000 people- it seems like many more-  use the terminal each day. The shrill of sirens sound like an air raid as boats depart and arrive from the countryside. Wide-eyed families look as though they came from another planet. What are they thinking? Have their dreams of beginning a new life already been shattered the instant they arrive. The children are often dressed in their finest outfits- little girls in pink and red frilly dresses. 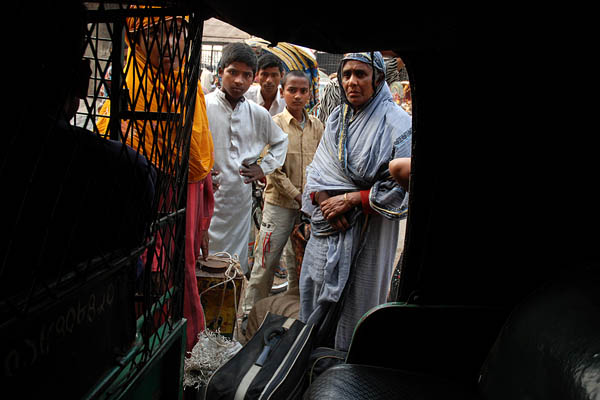 The first thing they must do is haggle with the rickshaw pullers and CNG drivers. Where are these people going? Maybe the father has the name of a family member or friend from back home? They will probably soon end up in one of the many slums throughout the city. The men will become rickshaw pullers and in a few years if she is lucky that little girl in the pink dress will become a garment worker.